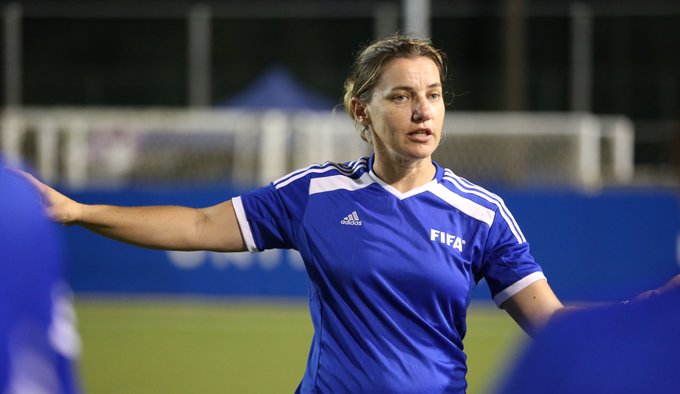 Football Coaches Australia is pleased to congratulate our Executive Member Belinda Wilson on her appointment to a new role with FIFA as Senior Technical Development Manager. Belinda will be working with the Women’s Football Division based in Zurich and will commence her role on 28 December 2020.

Following her appointment, Belinda stated: “The FIFA was not a role that I was expecting and to be asked to join the team in Zurich is a great honour and privilege, one that I do not take for granted.

I have worked both on the technical and on the administration side of our game and it’s not always been easy. I am now in a position where I have an opportunity to create more access and opportunities to better pathways for players and coaches in the women’s game and this is something I truly care about as I have seen many players and coaches who have had the pathway develop into amazing people and amazing players and/or coaches. We need to always look at developing better pathways for people in our game.”

Raised in Byron Bay watching the boys play football, Belinda became a coach at a very young age, taking her first coaching badge at sixteen. She carved a career in football, which has been unconventional, coaching in Norway, Sweden, Denmark, Australia and in Guam.

Belinda also worked for the Asian Football Confederation and attended the FIFA Women’s World Cup 2007 in China. She met and worked with some great female coaches, one being Tina Thurne (1st female Head Coach to win the World Cup in 2003) who became one of Belinda’s role models and mentors.

Belinda has been an Executive Member of FCA since August 2019 and has since Chaired FCA’s Women’s Football Committee:

“The work that the FCA has done so far for coaches in Australia is amazing, and I am privileged to have been a member of their team. They share similar principals on developing better access to, and increasing the opportunities, to develop and coach. FCA is a small team but one which works tirelessly behind the scenes to ensure we as coaches are gaining the right support and pathways to develop our potential in the game.

I am proud of the work the Women’s Sub-Committee has done so far. The support around coaches working in the women’s game and for female coaches is growing as we continue to develop relationships and partnerships with different stakeholders around Australia and internationally.”

FCA Vice President Heather Garriock stated “It is a testament to Belinda’s professionalism, work ethic and desire to want to take Women’s Football to the next level. We have been lucky at FCA to have Belinda contribute to many projects, in particular our Women’s Football PD webinars in 2020 and our female mentor program that will be established in 2021 in partnership with Football Australia. We wish Belinda the best of luck at FIFA joining one of our founder’s, James Kitching, in Zurich – we are so proud of her achievements so far, with plenty more to come.”